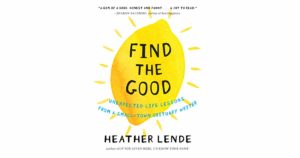 I lost my beloved mother-in-law, Ann Catherine (Sheridan) St. Marie, in May and had the honor of writing her obituary, which I am linking here. I think of her every day and miss her terribly.

My dear cousin, Hannah, became a widow at 43 when her husband, Eric Richard Noel, died last month after living with cancer for nearly two years. With another cousin, Kevin, I helped write Eric’s obituary, linked here, and I started it by thinking back to their glorious wedding day in the summer of 2000. I am so grateful that Hannah entrusted me with this concrete way of helping during this terribly difficult time, and I am so sad that the world has lost this good man.

I first heard of Heather Lende and her work as an obituary writer a few years ago, and I was deeply moved by her tributes to people from her community. I took inspiration from her writing when my family entrusted me with the writing of an obituary for my grandfather, Paul Edward Dowd, in 2014, and then one for my grandmother, Rita Delia Dowd, at the end of 2015.

Their deaths, while significant losses to me and my family, were not tragic. They lived long lives, they were well cared for in their final years, and they knew how much we cherished them. Writing their obituaries was a tremendous honor and a source of healing for me, as was my work with my brother to write our grandfather’s eulogy, and then my own writing and delivery of my grandmother’s eulogy in December.

Last week, my family sustained a tragic loss with the death of my husband’s brother, who had struggled with mental illness since his mid-twenties. He was 43. In an effort to do something, anything, to try to help, I offered to write his obituary. I drew upon stories from my husband and my in-laws as well as my own remembrances of Brian from the three years that I’d known him. One thing everyone agreed with was that they wanted to honor Brian’s memory by acknowledging his struggle with mental illness and thereby, we hope, helping to erase its stigma. When my father-in-law read it he called it Brian’s Song and that’s how I’ve come to think of it. It’s a song of mourning, a lament, an elegy to my brother-in-law.

I haven’t been sure whether I wanted to share this here, but I decided to as a means of honoring Brian. In my grief, and in bearing witness to my St. Marie family’s grief, I’m caught in that moment of bafflement at a world keeps moving on without him. Of course it does: death is a part of the everyday on our planet as much as birth is. And yet…

I don’t know how to end this post…I barely knew how to begin it. But I guess I’ll just say thank you to Heather Lende for her inspirational work because it’s helped me in doing some of the most difficult and important writing I’ve ever done or ever can hope to do, and here are the places we’ve asked people to support in Brian’s honor:

Help erase the stigma associated with mental illness with a contribution to Bring Change to Mind.